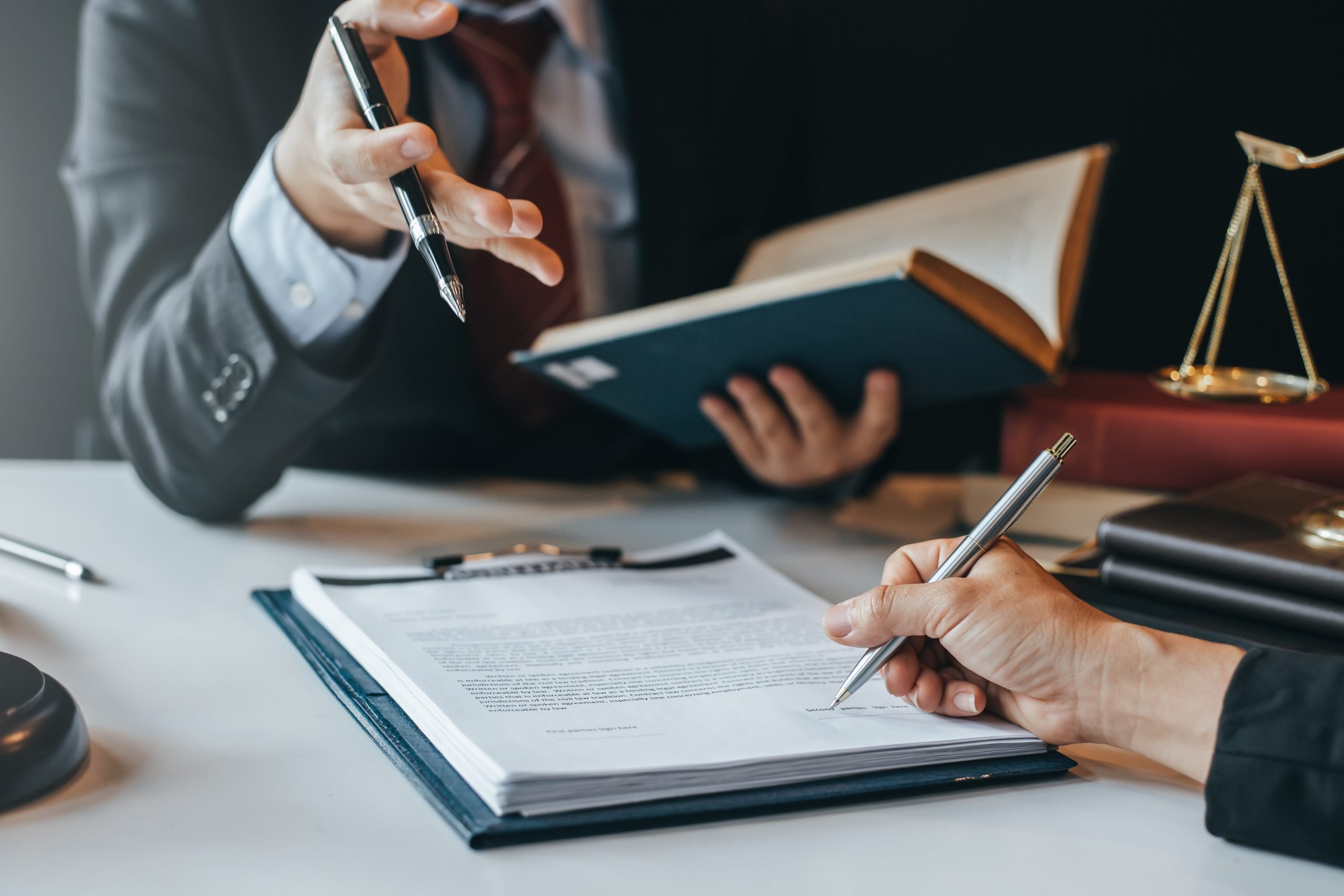 This article will break down how to use a talent release form for filmmakers (includes a free template download).

No matter what type of film you are making, you need your actors to sign talent release forms. Without them, you could be denied distribution or even get sued. So whether you are creating a student film or a significantly larger production, it’s always a bright idea to have release forms for anyone whose voice or image you will be recording.

Below we will breakdown why release forms are essential and how to use them. This article also comes with a free template download, which you can edit and use on your next production.

What Are Talent Release Forms?

A talent release agreement (aka actor release form) is a legal agreement between you and the actor. It grants you full permission to use the actor’s image or voice in your film. This includes consent to use their image, likeness, voice, and performance.

Without a release form, you run the risk of damaging the future distribution of your film. If you don’t have the correct paperwork, you can get denied cinema, broadcast, and streaming release. Furthermore, distributors will ask to see your forms before they sign a contract with you. If you don’t have them, you might have to go back to every actor and get the documents signed. Worse still, if an actor refuses to sign a release form, you may have to re-edit or re-shoot your film to get around it – a costly mistake.

In documentary filmmaking, this is especially important as it’s not uncommon for interviewees to change their minds later. So, to avoid running this risk, everyone who appears in your film must sign a release form before you start rolling the cameras. This next section will explain exactly when and how to you them.

When To Use A Talent Release Form

You should also try and get a release form completed by all of your background actors too. This is particularly true if you can see their face. When you have crowds of people or have people in the distance with blurred features, you don’t need a form. As a rule, if you can identify the person’s face, then you should get them to sign a release form.

There is, however, a gray area when it comes to journalistic situations. If you are using your footage for news broadcast and non-commercial use, you don’t always need to have a signed form. Sometimes you can also get away with a recording of your talent saying “I grant permission for this footage to be aired.” Even so, if possible, always try to have a signed formal agreement.

How To Use Talent Release Forms

Ideally, you want to have your talent release forms signed before production begins. This is done in Pre-Production on a narrative film, to be signed alongside a contract. Getting your documents signed early ensures that both the actor and their agents are happy with the agreement. After all, you don’t want your actor to refuse to sign a release form right before you are ready to film.

When your form is signed, keep it safe, and make a copy. You can make a digital copy of documents by scanning them onto your computer using apps such as CamScanner and Scannable. Or send them to be signed digitally with a tool like DocuSign. It’s wise to keep a copy of all release forms for several years, even after the film has been released. Remember that without these forms, you might not be able to find distribution or profit from your film. Keeping a copy protects you against any future lawsuits.

As a production company, you can create your own release forms, outlining the specific details of each project. Be sure to consult with your production attorney before using any third-party legal documents. You can download our free release form template below. This next section will break down what legal information you can expect to find on a talent release form. 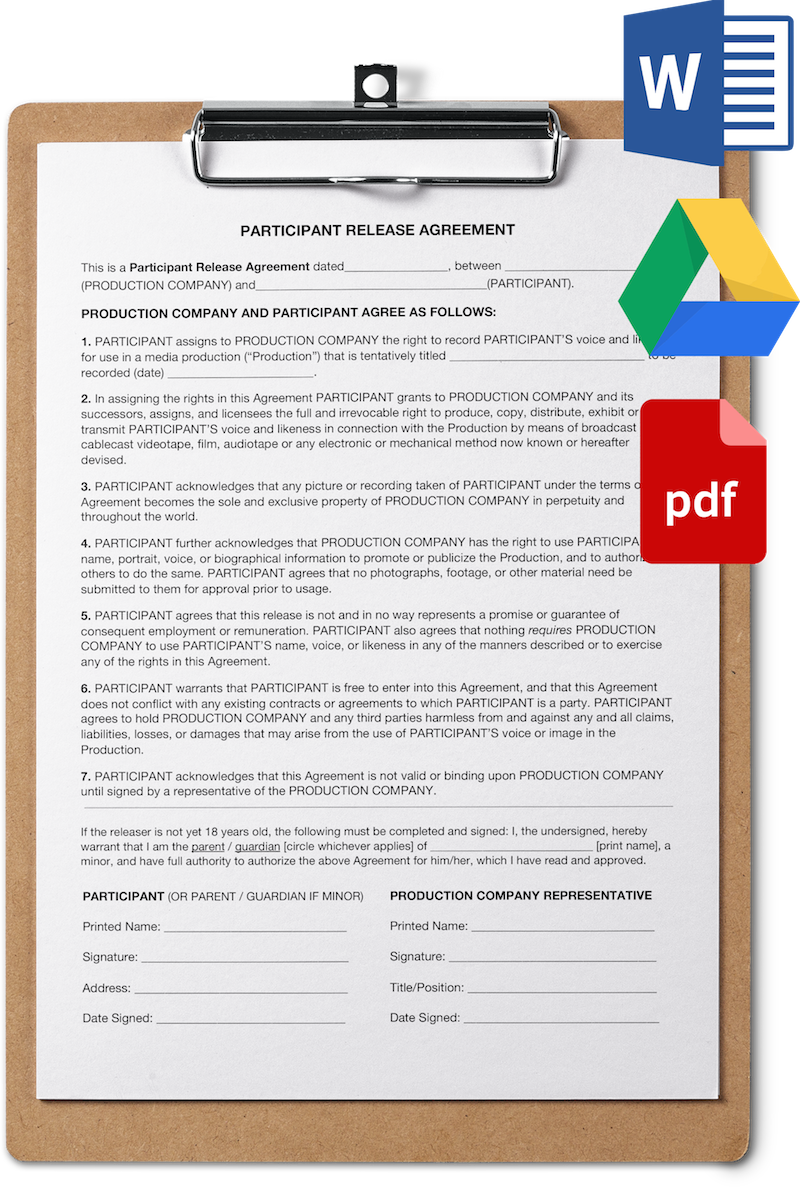 Breakdown of a Talent Release Form

A typical talent release form gives you the right to use an actor’s name, voice, image, likeness, and performance. This will cover you for all of your distribution and marketing needs. You should keep your release forms short – a one-page document is often all that is needed. That way, you can easily print them out and pass them to background artists during a shoot.

Most forms have a section to personalize for the production company and project name. Some will also have sections for the director and producer’s name. You can fill out any of these areas yourself before making copies for your actors to sign. This way, the only field your actors need to fill out is their signature. 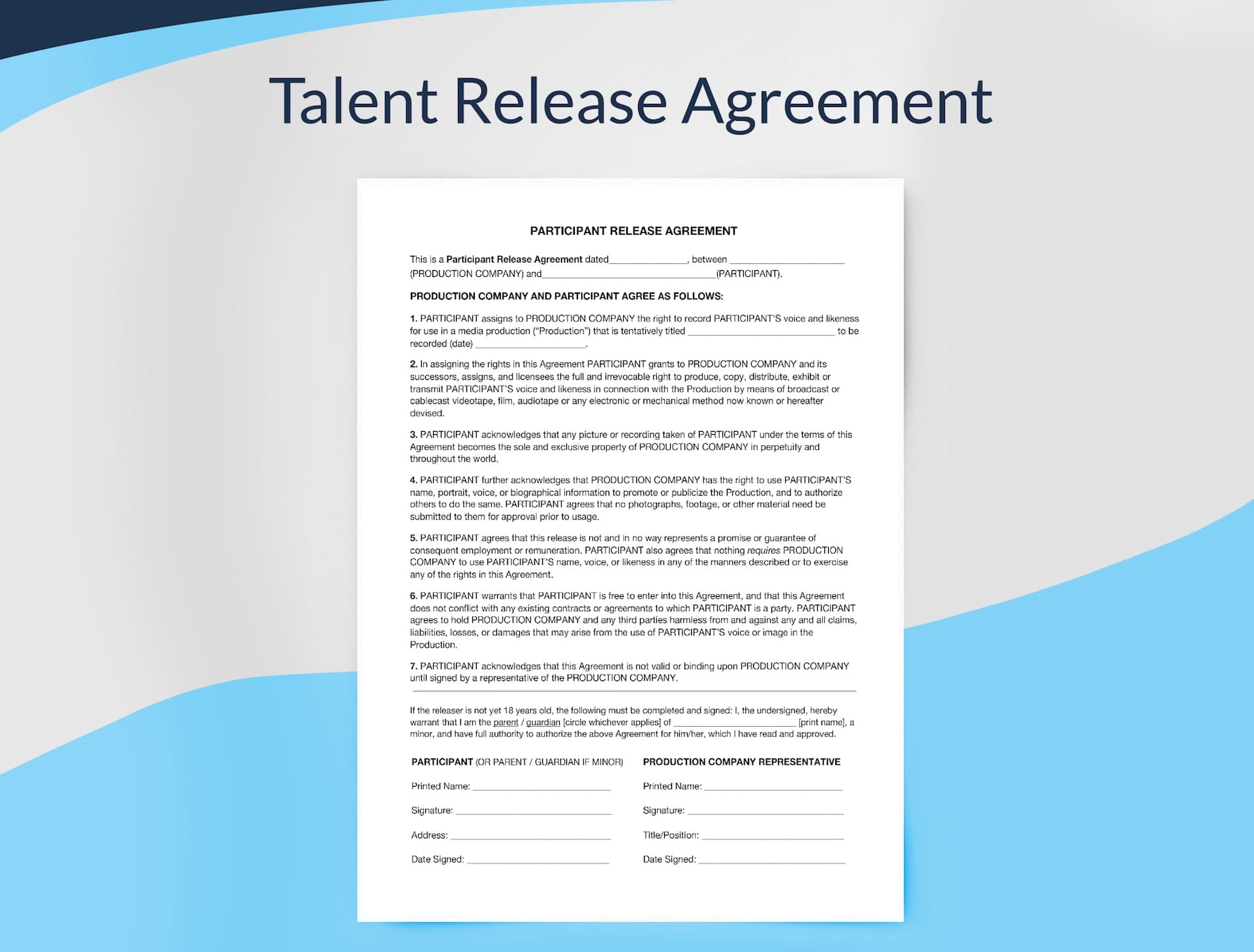 A proper talent release form should contain sections for likeness release, a liability release, a non-conflict clause, a guardian release clause (for minors), and signature fields. Download our free template.

The form will state that the actor grants you permission to use the footage and any photographs you take for commercial use. It gives an exclusive license for you to use these materials in any way you need to. Including the ability to manipulate and edit the footage, voice recording, and image in any way you choose. It will state that no monetary compensation will be given for the use of this performance unless you have agreed on payment. If you are paying the actor, then list the terms of the agreement on a separate contract document.

Lastly, there will be a space for your actor to print their name and sign their signature. If your talent is under eighteen years of age, their parent or guardian will also need to sign the form.

There is usually often a section for a production representative, such as a producer, to sign the agreement on behalf of the production company. Don’t forget to sign the form yourself as well! This is important since contracts that only have one party’s signature are not legally binding.

It’s essential to get all of your paperwork together for a film shoot. Distributors can refuse to release your film without having release forms for everyone who appears in your movie. Taking a minute to get that one signature could save you a lot of future stress and legal problems. Even if you are a student, try to get into the habit of getting talent release forms signed.

Do you have any tips for when using a talent release form? Let us know in the comments section below.

Download the Free Talent Release Form or some of our other free production templates. 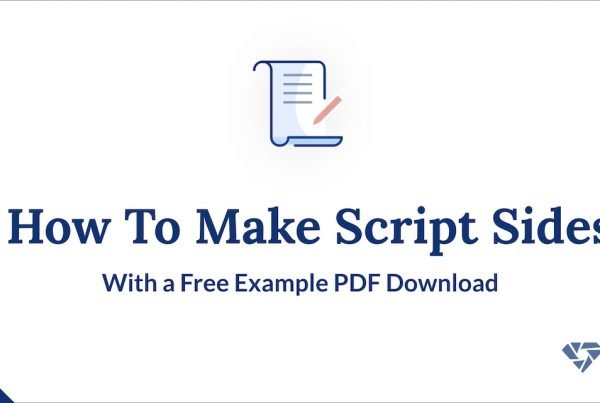 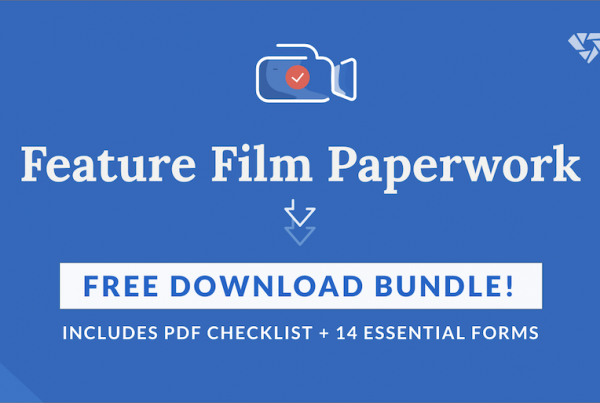 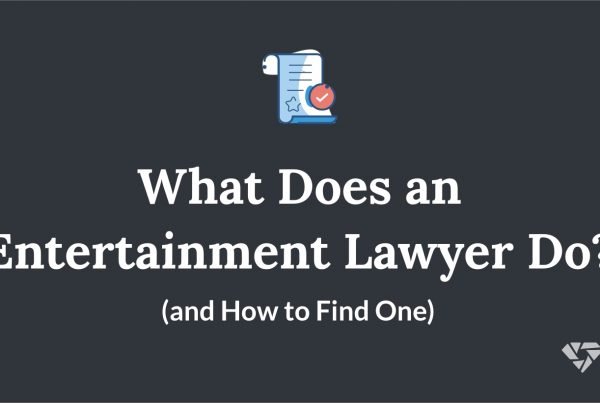